As we continue to emerge from the pandemic, there’s a sense of relief and optimism that things will return to normal. Long-awaited family gatherings, birthday parties and graduation ceremonies are finally happening in person. Sporting events have fans in the stands, airports are busy, and we all are in the process of reclaiming those elements of life we’ve missed the past year.

However, with that optimism is the reality of the impact the pandemic had on local communities. Local businesses that struggled through the past year, if they were able to stay in business at all, are still trying to recover and regain lost revenues. These locally owned restaurants, shops and services are vital to our economy and provide valuable jobs and important resources. Whenever you can, please Shop Local and Eat Local. 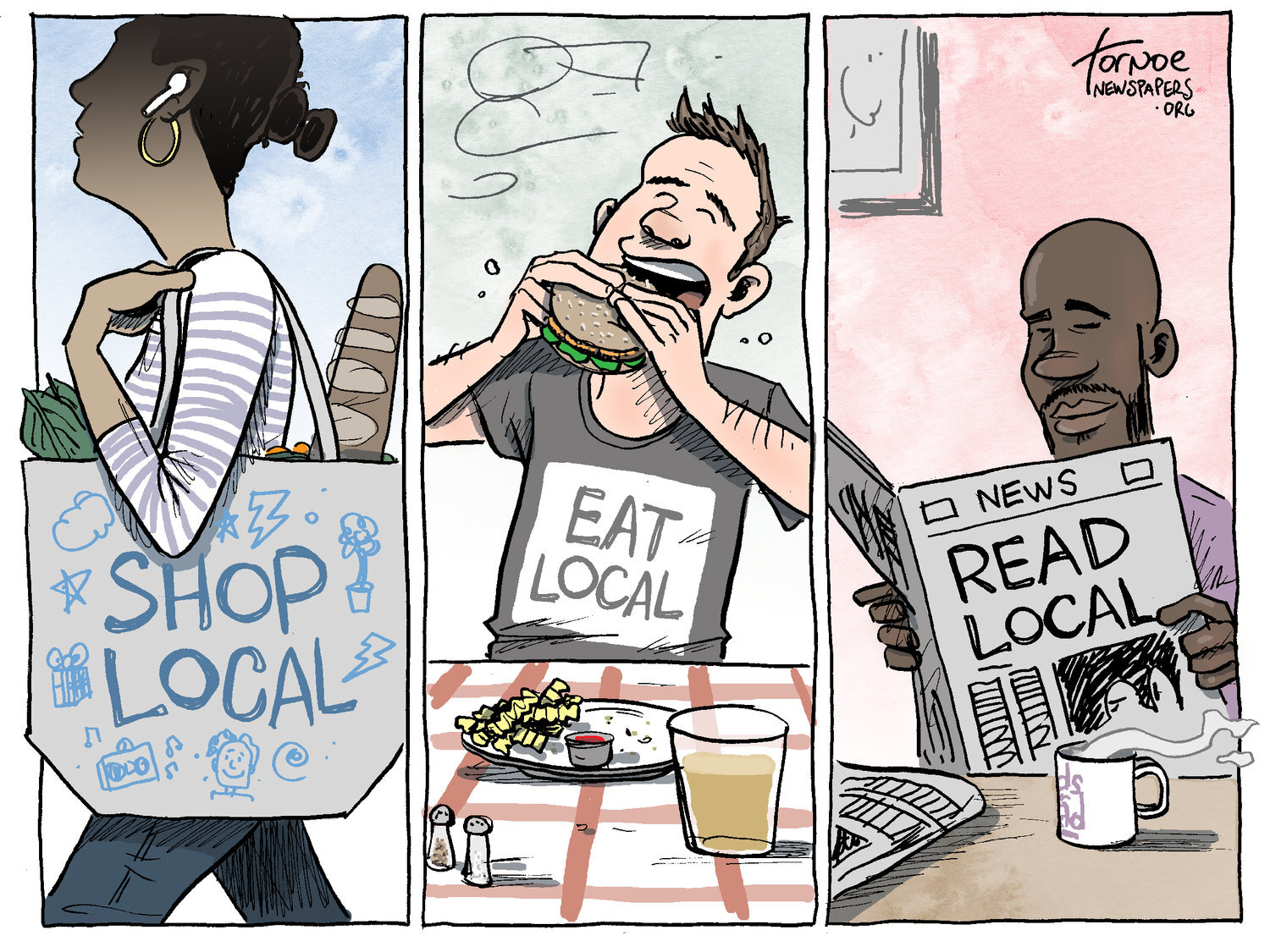 You can add your local newspapers to the businesses that need your support. During the pandemic, newspapers provided the critical information needed to protect the health and safety of their readers. And, that level of commitment has continued with the most relevant information about vaccines and plans for schools to return to normal in the fall.

The importance of local newspapers reaches well beyond the pandemic. Local newspapers cover the issues most important to their communities. From crime to local schools to local government, readers can rely on their newspaper to provide the latest news that will impact them directly. Without vibrant newspapers, cities and towns across the country would surely suffer.

Newspapers were hit hard during the pandemic, just like other businesses. Advertising revenue, which was already in decline, dropped significantly. While more readers turned to newspapers and their websites for information than ever before, that didn’t generate enough additional revenue to bridge the gap. The result is that newspapers need your support now, more than ever.

Fortunately, the importance of newspapers is being recognized in Washington. Legislation has been introduced to help protect newspapers from the business tactics of Big Tech companies that often use newspapers’ content without compensation. On June 16, the Local Journalism Sustainability Act was introduced as a bipartisan effort to recognize and protect local newspapers and the journalists who deliver valuable content.

The LJSA is unlike other bills in that it delivers benefits to readers and advertisers for supporting newspapers. Subscribers will be able to get a tax credit for their subscription, local businesses can get tax credits for advertising in newspapers and other local media, and newspapers would receive tax credits for their newsroom employees.

These legislative efforts deserve your support and the support of your government representatives. Contact your congressional representative and asked them to co-sponsor and support the Local Journalism Sustainability Act that ensures newspapers continue to serve their readers and advertisers.

And, while you Shop Local and Eat Local, we encourage you to continue to Read Local and subscribe to your local newspaper. Supporting your newspaper is one of the best things that you can do to directly strengthen your community.